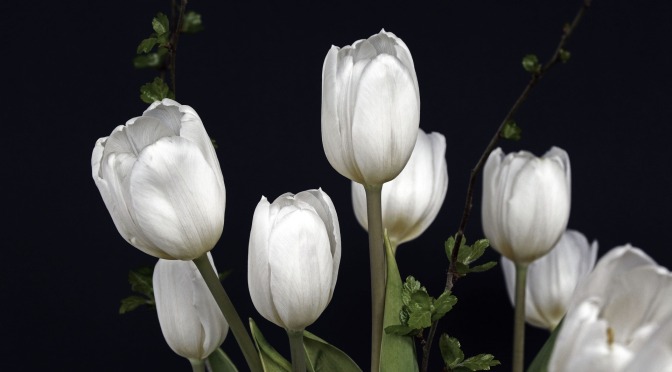 In this month’s ‘Ask the Author’ interview, I had the pleasure of talking to one of my fellow authors in Scribophile – Eleanor Konik.

Eleanor Konik was born and raised in a close-knit neighborhood just outside of Baltimore, where she is putting the final touches on her teaching certification. She spends her free time gardening and playing cards with coworkers. She also enjoys fishing, hiking, and visiting attractions around the city. Her

Here are a few snippets of our conversation:

Krisna: Do you remember the first story you ever wrote?

Eleanor: Barely. I was very young when I started writing. I remember that it was a high fantasy adventure, and I spend a lot of time worried about the architecture of the little ranch that was going to be attacked during the course of the book. I still have a bunch of architecture books that I salvaged from my father’s library and refused to let my mother ever throw away.

I took it into work once, and a coworker almost purged it, because it was from 1947.

Krisna: What’s the hardest part of worldbuilding, for you?

Eleanor: Introducing flaws into my perfect system is definitely something I struggle with. Once I finish coming up with a viable economic, political or social system for my fictional world, I realize there’s no conflict in utopia. Countries with a high happiness index and few problems rarely make the news.

I often hear people complaining that the American system of government is broken. It’s certainly a flawed system — as is every system because people are human — but I believe it’s working mostly as intended. There are lots of systems that are perfect on paper — communism, for example — but broken governments all break for the same reasons. Once you add people to the mix, things get out of control.

For an invented world to feel real, it has to be a little broken, and that’s a hard thing to make up when you’re trying to make something that’s believable in the sense that it can function and make sense to a reader.

Krisna: That’s really good advice. Flaws and conflicts are the things that make the story world and characters real. How often do you write, and do you have a special time during the day to write?

Eleanor: I try to write every day, or at least make some sort of forward progress on my novel. I do pretty well as long as I’m not super busy with social obligations. I don’t really have a special time of day, though. For awhile, I tried to set aside time in the mornings, but there was always something else more important to do — like eat, and shower. Now, I fit 25 minute focused blocks of time whenever I can, and scribble notes when I can’t.

Krisna: Do you read much?

Eleanor: I read a lot, actually.  I used to get into trouble in school for reading too much. I’d get sucked into a book and not pay attention when the teacher transitioned from one assignment to another, because I usually finished things early. Back then I was averaging a book or two a day. It only takes me about three hours to read a full-length novel.

These days, I usually only manage to read once book a week. I’m busier, and there are fewer books I’m interested in — back in school, I had the whole of the library’s backlog to keep me entertained, and nowadays I rely on new books. So every Tuesday, I read whatever new thing was on my calendar. I’d read more if I could find more books that I really liked.

Krisna: Who are your favorite authors?

Eleanor: I have a couple of authors that I follow pretty religiously. Jim Butcher, L. E. Modesitt, Ilona Andrews, and Nalini Singh top my list — I don’t think any of them have ever written anything I didn’t like. Still, it’s a pretty long list. Kelley Armstrong has written a lot of books that I really like, and so have Seanan McGuire, Faith Hunter, Patricia Briggs and Anne Bishop. Michelle Sagara and Gail Carriger are both a lot of fun…. I could go on, but I’ll spare you.

Krisna: Where do you see publishing going in the future?

Eleanor: Honestly, I don’t know. There are a lot of blogs out there where people way more qualified than I am have expounded at length on publishing trends and marketing trends and commercial changes and what Amazon means for authors, but I don’t always know which ones I believe. That said, I do have one observation to make: I think that the big publishers and the self-publishers are in the midst of changing their dynamic.

I think there’s this idea that big publishers are just in it for the money and that they’re very commercial, whereas writers with a very specific, innovative artistic vision tend to self-publish because the big publishers “just don’t understand them.” But what people sometimes forget is that successful self-published books have a lot in common with other very popular genres: many are very pulpy adventures or have a strong romantic element.

For decades, the success of the romance genre has basically subsidized the mid-lists of other genres. Marketing folks aside, most of the people involved in New York publishing do it because they love books, they love storytelling and they want authors to succeed. I think that as time goes on, we’ll find that a lot of self-publishing is crassly commercial, with cliffhangers and lots of unresolved sexual tension to keep us reading, whereas some of the more artistic literary works will come out of big publishing instead.

Not that big publishing never uses cliffhangers and UST, of course. Penguin Random House is responsible for the Fever series by Karen Marie Moning, which I think is a particularly egregious example of it. I know the series has a lot of fans, and I enjoyed a lot of elements of the first couple of books, but the lack of resolution started to grate on me and I felt like my emotions were being jerked around by cliffhangers so that I’d buy the next book. I don’t like feeling manipulated, so I stopped buying the books.

Krisna: Yes, I remember being very frustrated after reading Karen Moning’s Fever series too. I hate cliffhangers especially if I have to wait a year to read what happens next!

Thanks a lot Eleanor for your wonderful tips and for taking the time to answer my questions.