It’s time for another Ask the Author post 🙂 I’m having great fun with the World Blog Tour, meeting different authors and discussing with them about the craft of writing. I’ve learnt quite a lot (writing tips, advice and resources) in this wonderful venture and I’m really grateful to all of them for being so helpful.

This month, we have with is Ms. Kristen Kooistra, author of the fantastic novel, Heart of the Winterland.

Kristen fell in love with reading at a young age and never resurfaced. She loved solving mysteries, riding across the prairie, and sailing on the open sea. But her favorite books were those that held the fantastical. So when the time came for her to seriously approach publishing a book, it had to be fantasy!

Living in Michigan(her own winterland) with her husband, three kids, and two cats, she has lots of free time . . . Okay, so more like she squeezes in writing time late at night when only the cats are awake to pester her.

“Heart of the Winterland” is Kristen’s first novel, and though it started as a whim, it grew into so much more and has inspired a sequel(in progress), “Heart of the Sorceress”.

Here are a few snippets of our conversation:

Krisna: Let’s start with inspiration. Writers find inspiration from everything around them – from snippets of everyday conversation, pictures, books, movies. The major things that inspired me to become a writer were books by Enid Blyton and movies (Harry Potter, Lord of the Rings).

What is your favorite movie and why?

Kristen: This is a hard one! I really, really, really love BBC’s Pride and Prejudice mini series. I watch it like a movie, but technically it was a tv show. Sticking to it having to be a movie, I’d say Star Wars is my favorite, and no, I can’t pick which of the originals are my favorite! I love them all equally. 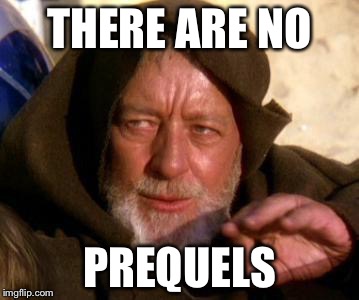 Krisna: Ha ha! So you aren’t a great fan of the Star Wars sequels? 🙂 I totally agree with you. I felt the originals had less technology, but more heart to them than the prequels…

Now coming back to the subject of inspiration, which writers inspire you?

Kristen: Oh I hate this question! *looks around guiltily* I shouldn’t say this, but it’s the truth, so I will. I’m not really inspired by writers. I’ve been inspired to keep going and never give up by writers who I consider friends, but if we’re talking “one day I read x’s book and I just felt inspired”, that’s never happened.

Until I started writing(seriously), I never thought about the (wo)man behind the curtain. I was happy to let Oz do his thing and enjoy the magic show. In other words, I love stories, lots of them, but I rarely had any interest in who wrote them. At most my interest would extend to “I like this story, what’s your name so I can see what else you wrote”.

That’s led to a bit of embarrassment in general when it comes to author interviews/bios and such(I say as I’m doing an interview), because I expect most readers to be like I was(am, let’s be honest, not much has changed) and not care two figs about me. I don’t mind that really. I’m happy if people enjoy my stories and don’t notice the puppeteer holding the strings.

So I’m thankful to the thousands of writers whose work I’ve read and enjoyed. Writers as a group inspire me, because I see what they create and I know what kind of journeys those adventures took me on and it’s made me what to be part of that. I want to take someone on a fantastical ride.

Krisna: Speaking of a fantastical ride, what drew you to write fantasy?

Kristen: I never even considered writing in another genre. I love reading fantasy, historical fiction, and as a kid I loved mysteries also (Trixie Belden, Boxcar Children, etc.). But I could hardly solve a mystery before the reveal, so I can’t imagine writing one. As for historical fiction, that involves a lot of research and a passion for either a time period or a historical figure/event that I simply don’t have. I like reading about them, but any research I do is purely recreational and light.

Fantasy was the natural choice. It’s my favorite genre and allows me complete flexibility to focus on a story without worrying about being historically accurate. Or even just modern-day accurate. I make up my own world, countries, people, languages, history, etc. I’d rather have to focus more creative power on inventing things than willpower to research.

Krisna: That’s great! This is one of the major reasons I love writing fantasy too. It’s my world and I get to make all the rules 🙂 Now coming to the writing process, do you proofread/edit all your own books or do you get someone to do that for you?

Kristen: Both. I have lots of people, mostly writers, go over them and pick them apart for errors. I also go over everything myself because I find that I can pick up a mistake even after reading it for the bazillionth time. The last pass, for what I’d consider proofreading, I gave my manuscript to an editor and then went over it again afterwards myself. Most things I can catch, but I’m terrible with commas. I never know when they go somewhere and when they don’t, so I really need an outside eye for those.

Kristen: Mix-n-Mash is my favorite for locations. I take a handful of words that describe the place and look up their translation in a few different languages. Then I take two of those words that have the best sound and mix them together.

Rokuhai, Mazushuĭ, and the Tónghuà Forest are three of the locations in my novel, Heart of the Winterland, that I created using that method. I don’t expect people to be able to pull them apart and figure out what they came from, but it’s fun for me. Rokuhai for example is a port town and Hǎi is Chinese for sea. For the life of me I can’t remember what word or language I got the “roku” part from.  But I think I used town/village/port as inspiration to find that half.

For characters, I either take a name that I feel connects to the character in some way—my sister-in-law and a friend both have the same name and I took aspects of them to create the characters Rose and Kaya, the first being close to what my friend used as a nickname and the second being similar to their real names—or I start with a name and swap/add/delete letters until I have something new.

Some placeholder names I had were Dath and Tank. A friend pointed out that I was very fond of four letter names(I like to keep it simple apparently!) and since I wasn’t in love with either of those names, I changed them to Dikala and T’Nakhe. For Dath I decided to go back to my original inspiration for the character and mash (so yes, I do the mashing thing for names occasionally too) the two alias that person went by to form a name.

Krisna: Thanks for all those awesome ideas on character and location names, Kristen! I especially loved how you mix-and-matched words from different languages to come up with the location names. They sound exotic and, when really looked at, actually have a meaning too.

Now for the last question: Do you think that the cover plays an important part in the buying process?

Kristen:  Yes, yes, and YES! There are so many books out there that regardless of the “don’t judge by the cover” expression, it’s one of the easiest ways (if not the easiest) to narrow down your choices. I look at the cover first, if that grabs my attention, then I check the genre, then read the blurb, etc. Unless something has come strongly recommended, I won’t even give a novel the time of day if the cover doesn’t grab me.

Not everyone has the same eye appeal standards though. I know with talking to other writers that there are those who hate people on covers. I love people on covers! There are covers without people that I find interesting as well, but I see a person on a cover and think “I want to hear their story”. Assuming they look like a person with a good story to tell.

That’s really how I look at it too. Many authors put so much effort in writing a wonderful book, but because of an unattractive or amateur cover, lose on a lot of potential readers.

Thank you so much Kristen for taking the time to answer all my questions. I’m really looking forward for your next book, Heart of the Sorceress.

Don’t forget to check out her fantastic novel, Heart of the Winterland.